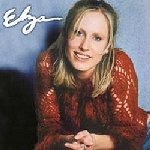 This is Elza’s first release. Her training is in opera and she’s won awards in that field, but has now moved on to pop music.

This CD is a perfect example of pop, and I don’t mean Britney Spears pop, but good old fashioned pop. The way it was mean to be (no death threats from Britney fans, please).

Elza has a strong clear voice that can sound sweet, gutsy and jazzy depending on the song. These tracks are catchy, lyrical and all around fun to listen to. I especially like “Don’t Compare My Heart” and “Flightless Bird” (which has a great jazzy hidden track 4:47 minutes into it)

Pick this one up, it’s a keeper!