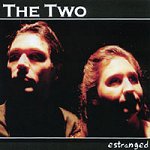 Progressive rock duo The Two is Jen One and Ben One. They play everything on the album and have an odd, individual sound.

“Man of letters” is an intriguing song, which combines a synthesized sound with Jen One’s harsh vocals. The title track is a stately march, which features Jen singing a little softer at first, then she shows her feral side.

“Bereft” is industrial and dissonant.

“Siren’s Song” heads into Tori Amos territory by being a sensitive ballad. It has a creepily sinister undertow.

“God’s Studio” starts with the familiar line “There is a house in New Orleans” but the turns out to be about Nine Inch Nails. Musically it’s a lot softer than them though.

“Estranged” is a strange but very appealing album.