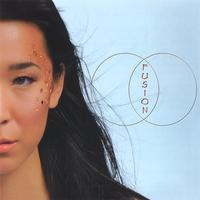 I reviewed Lindsey Yung’s previous release: “The Return” and all I think was “Holy Disco Batman!” but this is quite a departure. Sure there are still some electronic drums and such, but this is really much more of a mainstream pop record.

Not that there’s anything wrong with disco, but it tends to hide any lack of talent that the artist might have. What with all the distorted vocals and distracting drumbeats it’s sometimes hard to tell if the artist actually has skill. Luckily this release shows us that Lindsey Yung does indeed have musical merit.

One thing I couldn’t tell as much on her previous release but is obvious here, is that she has a really lovely voice. It’s clear and strong and always on key…laugh if you must, but I do get CDs where the singer is horribly off-key and wonder why no one involved in the process bothered to tell them that. Yung has a very nice voice.

Another thing more apparent here is her songwriting skill. These songs have great, original melodies. They are appealing and a little catchy without being too mainstream boring. These songs are co-written and she’s plainly surrounded herself with some very talented people, both in songwriting and musicianship.

If you’re into urban disco, pick up her previous release, The Return. If you are more into the AAA pop with an edge give this one a spin. It’s great to see an artist branch out and show us different sides of herself. I applaud Lindsey Yung for doing just that.

Stand out songs: Drawn to You (Remix), Fickle Heart, and Insecurity