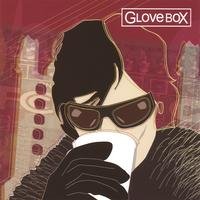 Well, this is certainly different from the stuff I’ve been getting lately. That’s not a bad thing. It’s always refreshing to hear something different.

While most of the stuff I’ve gotten has been leaning more toward the folk/pop/mainstream this is very electronic and peppy. Dance even.

The vocals are both male and female. Sometimes distorted (at times even with a “chipmunk” quality), sometimes clear. Always interesting.

Glovebox is from Australia and they are Mishka and Grainger K. Lock and I believe this is their first full-length recording.

The artwork on the jewel case is really funky and cool.

This is great party music. It will get your group moving as long as they have a pulse.

Rating: 5 Stars
Comment: damn best CD EVER!!! now how many times can you say that the WHOLE CD is good, HA now many huh? thisa is is
name: Heidi Dodson on Friday, May 5, 2006

Rating: 5 Stars
Comment: Gee we had some fun with this. Got it from a friend who saw them at pride in Australia and we had a ball at a party on Long Island with it last week. had to tell someone!
name: ian on Friday, February 24, 2006

Rating: 5 Stars
Comment: I bought this record and danced to it all over christmas. Reminds me of Macy Grey having fun with Duran Duran. Love it
name: Marcus on Wednesday, January 18, 2006