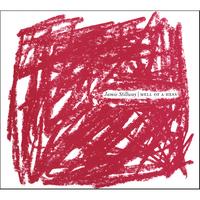 I love finger picking on the guitar (probably because it sounds more like piano, and we all know what a piano whore I am) and so this CD starts out beautifully with Jamie’s fingers dancing over the strings on “Domisomido”. There is some lovely violin on here too. *sigh There’s actually a lot of classical orchestration on this song as well as on the whole CD.

I guess I didn’t read the press info that came with this before listening because I kept waiting for vocals that never came. So yeah, this is an instrumental CD. I was so hoping that with such clever titles as “Mell of a Hess”, and “March of the Drunken Flies” that this CD would contain some snappy lyrics. But it does not.

But, you now what? That’s OK because this music is so fun! I am continually amazed by people who can write songs like this. True musicians. Jamie is one of them.

“Stout Street Rag” is a great ragtime number will force you to move. I didn’t think it was possible to play ragtime on a guitar since it’s usually done on piano but she pulls it off very well.

Title track “Mell of a Hess” has got an old fashioned, I don’t know, Parisian, feel to it.

Even if the idea of instrumental puts you off, give this one a listen. It is a great ride.