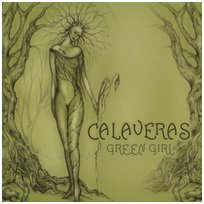 After shuffling this album with others for a few months, I had come to the conclusion that his record is really schizophrenic. But upon further listen, I see that I had the wrong impression of the record. I was just mislead by my own interpretation of the album cover.

The artwork makes me think ambient adult contemporary, like Sarah M. So I thought that’s what it was. But every once in awhile I’d hear a country song. I was baffled. So I went back to listen to it alone and see why there were country songs on this AAA album. Turens out, it’s a folksy country album. Not an AAA song in sight. In fact, at least the female lead songs are much more similar to Dar Williams than to Sarah McLachlan.

Once that confusion was set aside I was able to hear this album for what it is. A nice and easy folky collection of songs.

When I mentioned Dar, I wasn’t kidding. The lead singer really does sound like her. Since Dar is one of my goddesses, this is a good thing for me. Most noteably, I’ve Been Looking For You and In the Peace of My Love.

Club Paradise is basically a Jimmy Buffet song. I mean, it’s not, but it might as well be. One thing to note…I really don’t like it when a song lyric says, ‘singin’ or ‘I’m singin…’ yeah, I know you’re singing I can hear you. I guess I just don’t like beach music so this one rubs me the wrong way. So I’ll move on.

Firefly Nights is a lovely waltz. I like waltzes.

They end the song with a silly tune about a bad dog. It’s cute.

Note: they did a cool thing with the liner notes. They gave each musician and each instrument a number and then gave credit on each song using that key. I thought it was a really cool idea. Everyone should do this.