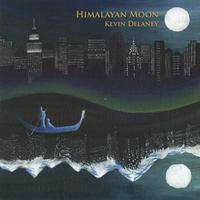 Kevin Delaney’s voice and songs bring me back to the early 90s when I was listening to Lowen & Navarro, Del Amitri, Peter Himmelman, etc. That is not to say that he sounds just like them, but the resulting feeling is similar.

However, at times the Himmelman similarity is amazing; especially on “Dancing to Heaven”. Both in voice and composition of the song.

His voice is pleasing, comforting. A nice match for the subtle, yet well written melodies. For the most part, I would call this folk because it’s not hyper enough to be pop or rock. Maybe AAA would be a better classification…with an Americana twang.

If you like the above-mentioned artists, I think you’ll find a new favorite in Kevin Delaney…plus you have to love a guy that thanks a dog in the liner notes.

Stand out songs: “The Clouds Are Not the Sky” is nice. “Vagabond King” could easily be a radio hit.

Track Listing
Listen to track samples
1. Black and White
2. Dancing to Heaven
3. Never Leave Manhattan
4. Vagabond King
5. The Clouds Are Not the Sky
6. Home Is Where the Train Is
7. Man on the Moon
8. Somebody’s Song
9. Winter’s Waiting
10. Under Your Own Power
11. Stepping Out on Faith
12. Never Be the Same