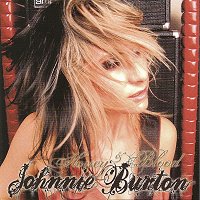 I’ve reviewed Johnnie Burton’s music in the past. She always reminds me of that late 80s punk thing.

She’s always had a way with lyrics:

Don’t you just want to party with her? Maybe just once though I don’t think I could keep up.

When I saw a song called If You Don’t Love Me I assumed it would be along the lines of “If you don’t love me then suck it.” But she actually says, “If you don’t love me, it’s alright” and it’s almost a ballad. At least as much of a ballad as you’ll likely get from someone like Johnnie.

This is a great record and one to put on for a party for sure.