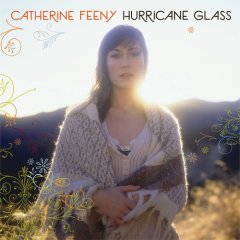 Catherine Feeny’s second album was recorded in England though she’s American. Her sound is gossamer-soft and grounded at once.

“Mr Blue” will be featured in an upcoming Gwyneth Paltrow movie, and it’s a sweet little song. It’s got a nice piano part in the background.

“I Still Don’t Believe You” is akin to Dido, and succeeds in being a sharp dissection of a relationship gone wrong.

“Hush Now” might seem super soft but includes the line “I wont bury you in the basement as I’ve been known to do”.

“Unsteady Ground” has harsh words about the current U.S administration to go with its mellifluous melody.

The title song is catchy and the pedal steel guitar is well used. This is a fine record.