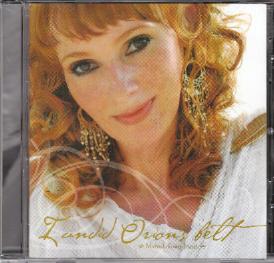 Sorry the photo is icky, it’s the only one I could find on the whole internets – aal

Michaela Foster Marsh has ambition to match her songs. She deals in mythic themes on her second album and favors a lush, orchestrated sound. Thankfully she more than lives up to her claims.

The album sounds strange yet comforting as her songs of men and women and their folly and wisdom unfurl.

“I Must Confess” is a grand, filmic affair with words of love and guilt. Marsh carries the song like a true diva.

“Eros” is told with insight and skill, a backing vocal adds to the dynamic songs power.

“Forgiveness” is softer and here Marsh sounds like Sarah McLachlan.

“Orion” tells of the great hunter of Greek myth and he’s undoing by his love for the goddess Artemis. The song is lovely and moving, Marsh the role of the virgin goddess of the hunt and the moon.

She has made an album that will appeal to many and she’s in spectacular voice throughout.