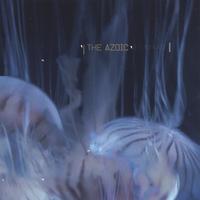 The Azoic is back, and they once again are illuminating our worlds with addictive, nonstop beats that stick with us for hours after we leave the party.

Following the release of the Conflict single/remix disc, Illuminate will certainly light up any dance floor or environment in which it is heard. The songs and the soundscapes are only getting better!

This album boasts 12 tracks, including a bonus mix of Conflict, as well as a cover of Animotion’s Obsession. My favorites include Going Under, a song in which Kristy’s vocals are very emotionally charged, and Illuminate is another whirlwind song, containing elements of ethereal trance. Kristy and Steve did an amazing job on Obsession with their “back and forth” vocal arrangement, and it will surely be an obsession among fans.