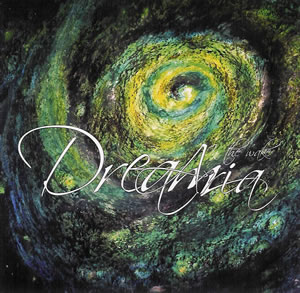 Dream Aria is an aptly named group since their music is dreamy and mystical. Its progressive rock slant coupled with Ann Burstyn’s operatic singing is a joy to hear.

“Spirit” is an eastern-tinged delight of a song. Jozef Pilsanovics guitars compete with Burstyn’s soaring lead vocal for attention. The use of bagpipes proves and odd but inspired move.

“Sungoddess” sees Burstyn’s singing grow ever stronger while Don Staggs keyboards frame it beautifully. “Blue lady” is a frantic-paced song that sees the singer’s vocal take the backseat and become an instrument among others. Its rock-influenced squall and the odd vocal swoop are very pleasing to hear.

“He Touched My Soul” is a lovely ballad. It could fit in a musical it’s got that theatrical feel.

This is a strong and unusual debut.