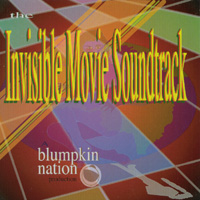 It is not actually a soundtrack to an existing film, but it is set up in that way. Each song it’s own scene, melting into one another. The first track is just under a minute long and serves as the intro (or where credits may be?). The second track has a beachy feel, which sounds like Beach Boys meets Coma Savants. Then that sound shows up again on track 10.

The songs range in length from 45 seconds to almost 5 minutes. They all are a combination of jazz, pop, and funk. Lydia (no last name that I can see) is the front person for most every song. Her voice is clear with a jazzy feel and fits the music well. The rest of the musicians are equally talented, making up a unique and interesting sound.

To learn more about Penny Nation visit: Penny Nation this is a cool flash presentation about “Penny” and who “she” is. It’s cool…if you have high speed Internet. (If you don’t, what are you waiting for?)