An Interview with Beth Champion Mason by Steven Digman. 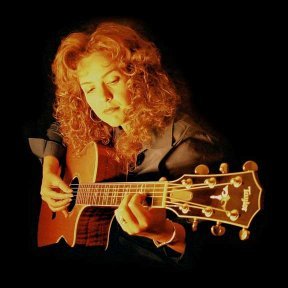 What does she consider to be the deeper art; writing the song or singing the song and which does she enjoy the most?
“I enjoy the writing and singing equally but in different ways. Writing a song is more like a birth, and there is a certain level of labor pain associated with that. But creating a song is such a rewarding type of work, that even though it’s sometimes labored, it’s always worth the effort after the fact. Singing the song is more like dressing up your child and showing it off — still a lot of fun but much easier (although of course there’s still an art to doing it well). But I’d have to say the writing is the deeper art.”

What one rule or rules in music does Mason like to break?
“…I like to push the limits of what you expect to hear…in [and] out-of-key chords and things like that. I don’t have a music degree, so often I couldn’t tell you why I put the music together the way I did — just that that’s what my ear wanted to hear. Writing music is more intuitive to me, so I don’t consciously think about the rules much when I’m writing.”

And how has the Internet affected/effected her music?.
“As a confessed Internet junkie, I’d have to say the web has opened up numerous doors that have had an effect on my music. Surfing the web has exposed me to music from artists I would never had heard of, it has allowed me to learn a tremendous amount through reading articles and interviews, it has changed the ways I can get my music to people, and it has changed the way I interact with other musicians. I have met so many fantastic musicians through the Internet, and those relationships provide a great exchange of information and opportunities. Just as an example, I met a musician from the UK on Tonos.com. I recorded a vocal demo for a song he had written, and we exchanged a couple versions of it via email until we were both satisfied with it. In what other age could musicians from opposite sides of the Atlantic collaborate on a recording like that in just a matter of days? It opens the doors for so many creative possibilities.” And there are some fantastic musicians on this CD, Mark Skipper (Bass, Viola, Acoustic Guitar, piano, background vocals), Nathan Jones (Electric Guitar), Andrew Payne (Drums, Percussion), Steve Mauldin (String Arrangements), Christopher Jones (Organ), Wayne Hazelwood (Cello) and yes, Beth Champion Mason (Vocals, Acoustic Guitar and Piano) and that names…them all!

Where will Beth Champion Mason musically be going in the future?
…”I just want to be sure that I don’t stagnate. I want to build on my strengths, but always be experimenting with new sounds and new techniques, always learning and growing. I don’t think you ever “arrive” musically — there’s always a new musical avenue to explore, which is what makes the journey so fascinating”!

And “All I Have” is a fascinating journey. It is a journey into the biblical sound of song with non-musical influences by “God”… she says!