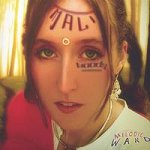 Mali Woods is a native of my home, Minnesota who is now living in Los Angeles.

Though Mali’s music is slightly reminiscent of a few others, this is a pretty unique recording.

Part spoken word, part folk music these tracks are more “pieces” than songs. Each one a little art work offering a different feeling and message to the listener. The use of layered vocalizations (as Ani DiFranco used in “Our Father…”) is very effective.

Mali’s voice reminds me of Jaia Suri at times, as both of these women have an earthy, soulful sound to their voices.

The songs are intelligent, thoughtful, spiritual, political and very well written. Though they could suffice as lovely background music, you will get a whole other feeling if you actually sit down and listen hard to the lyrics and the melodies.

Either way you listen, you’ll get a great reward.