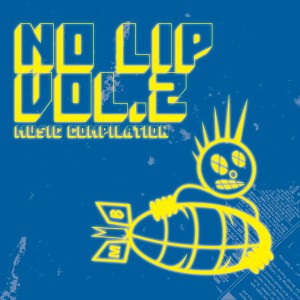 This is an interesting mix of various artists. Mohawk Bomb is a label who’s mission is very basic: Getting better distribution and spreading the word about the artists they support. One of the ways they do this, is to put out compilation albums. This is the second in the series.

Think of it as a mix tape (CD) from your cooler little brother. You’re gonna love some of it, and shake your head at others.

Since I try to be kind, I will focus on the ones I like. That doesn’t mean that the ones I don’t mention are head-shakers. I’m just going to highlight the ones I think are the best.

Stand outs for me are…
Cinematic Shards On the Permanent Way by Night Artery: Sounds dark but it’s not. It’s fun jangly pop reminiscent of the early 90s.

Nowhere by VerleeRose: I think she has a cute voice.

Maria by Rude Squad: has a fun ska beat.

But I think my favorite might be Goodbye Misery by Wit’s End. It gets stuck in my head and won’t leave.

The only band on here I already knew was 3 Kisses. I reviewed them first back in 2004 and I thought they were pretty cool. Still are. Though wilder than I remember them being!

While I can’t say I love every song and band on here, it’s one of the better compilations of this kind that I’ve received. While they are not all my favorite style, they’re all talented.

1 comment for “Album Review: No Lip Vol.2 by Various Artists”