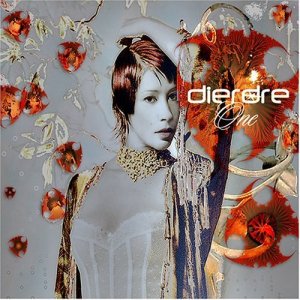 Dierdre Dubois sang in Ekova, an eclectic band, but with this record she has recorded her solo debut. Her characteristic, evocative voice and the creative approach to genres are intact. “Firefly” sees her marvelous vocal take flight to a funky arrangement. It would be a great for a dj to spin at a club. “Nights in White Satin” reinvents the Moody Blues song as a minimalistic, trip-torch song. The folk ballad “A Maid in love” becomes an electronica track here. Dubois yearning singing has shades of Anneli Drecker’s (of Bel Canto and solo fame) approach.

“Sweet and Sticky Perfume” is a sensual, beat-driven track. “One” ends with “One of Your Smiles” a song Dubois wrote for a friend who died too soon. It’s hard not to be moved by this sweet tribute.

“One” sees Dubois confidently making the transition to solo artist. She should make many new fans, especially among people who like Lisa Gerrard and Björk.

Rating: 5 Stars
Comment: This album is absolutely amazing. I discovered Ekova a year ago, and felt completely intrigued and seduced by the voice, the sounds, the beats, the melodies, etc. Dierdre’s debut album as a solo artist is a magnificent collection of the music that has taught and inspired her, and that, somehow, could not fit into Ekova. If you like music, you love Diedre.
name: Andy on Saturday, November 26, 2005