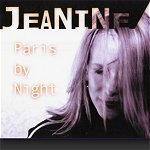 My first thought was that this would be one of those generic rock bands that could be interchanged at any corporate event. You know the kind I mean…wedding band types that mostly do covers but have some originals, which aren’t very good, which is why they are only good at covers? That kind.

I’m not sure what it was, but it must have been something on the CD case. Photo, quality of the photos? Anyway, I’m pleased to announce I was mistaken.

Jeanine Acquart’s music is indeed rock, but seems to have a more alternative edge than the packaging promises. Think the Pretenders or Concrete Blond. Some of the songs have a bit of an 80s feel, not bubble gummy 80s pop but the darker edgier stuff that made up MTV back in ’82 or so. The cool stuff.

I’m guessing that her live shows are great as well.

This is an interesting record.