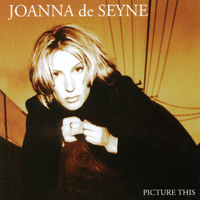 The opener “Nothing Left of Me” sinks its melodic hooks into the listeners mind and refuses to let go.

de Seyne has a gift to write catchy songs and occupies the same musical territory as Aimee Mann.

The slowburning “Dying days” has an epic range like few other songs do.

Joanna de Seyne has made a brilliant album and deserves a wide audience.