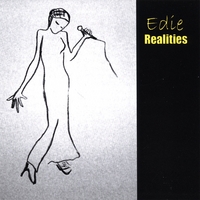 We’ve reviewed Edie’s previous two albums and they were both great. This new offering is just marvelous; Edie’s in fine voice as ever and has penned some nice songs.

“Frontier” is a neat song where a string section adds a lovely touch.

“Nothing’s Changed” is soft and shows Edie’s voice at its best. She’s capable of both tenderness and fury like Sinead O’Connor.

“Underground”is sinuous and dramatic with small means just like her other songs. Edie’s evolution as an artist continues. Let’s hope she finds the audience she deserves.