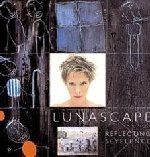 She is in full blast during the extraordinary “Yairo”, howling like Sinead at her must unhinged.

“Tears from the moon” is cinematic with sweeping strings and another great vocal performance.

“Lane Navachi” is floating and delicate. “Sin for me” is electronic sounding and has abrasive guitars.

This album is a real gem.

Rating: 5 Stars
Comment: Lunascape’s US debut album, Reminiscence, will be released on August 9, 2005 and includes their two IMAX movie theme songs, “Lane Navachi” (from Haunted Castle 3D) and “SOS Planet,” as well as the Billboard hit songs “Mindstalking” and “Tears From the Moon.” Lunascape’s website can be found at http://www.lunascape.net. “Reminiscence” is available from all US retailers and online shops, including IsoTank.com and Amazon.com
name: Noir_records on Monday, August 1, 2005
Reminiscence

Rating: 5 Stars
Comment: I first heard Lane Navachi in the imax movie Haunted Castle. The song entranced me within the first ten seconds of the start. It is my favorite song.
By DM on Thursday, August 19, 2004

Rating: 5 Stars
I fell in love with Lane Navachi, but over here in the USA I can not find any place that sells their cd. Does any one know where I can find the cheapest place to buy thier cds? Please email me.
Virginia on Sunday, June 20, 2004

Ed. Note: Virginia, I think if you follow the above link you can order from that site. Since you would be using a credit card, I’m pretty sure that the bank will do the math for you and turn your dollars into Euros. I”m not positive, but I think that’s how it works. If you know that won’t or you don’t want to try, email the band and ask them. Maybe you can order direct from them. Good Luck
~Amy

Rating: 5 Stars
I’m glad I’ve discovered Lunascape. Their ethereal ambient trip-hop sure does not bring many new features to the music scene, but still provides a good amount of unheard melodies which invite you to listen to them again. And again. Kyoko, whose voice can often be compared to The Cranberries’ leader’s, sings with an special sentiment. An obvious highlight in this album is “Sequoia”, in its two versions, the “soft” and especially the “hard” version, which has a relaxing vibe, but still makes you feel in movement. Other unmissable tracks are the smart “Mourning Star” and “Love = Creepy”, as well as their B-side “Limousine Affair”, which could have been some of the best album material for “Reflecting Seyelence”. Grab some incense, light aromatic candles, take your favourite book, get into the bath or just sit down and relax…
~Boomer.