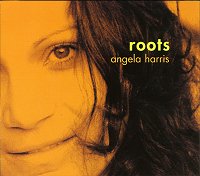 I’m not a fan of country, as a rule, but even I have to admit that the opening track on this record is fantastic. It’s got hit written all over it. I felt like I knew it the first time I heard it.

I was a little dubious as to what my reaction would be to the rest of the CD because of my non-love for country, but I have to say I really like it. For future listens I will have to be in the right mood, but this record is so well done that even someone who is not a fan of the genre is sure to appreciate it.

If you like country, you’ll go nuts for this!

I’ve said it before and I’ll say it again, there’s something in the water in Canada because it keeps producing amazing artists.

Stand out songs: Roots, Power in Opinion, (her voice is amazing on this one). But honestly any of these songs could be played on the radio.

Packaging note: I’m real confused about the “jewel case” (do they still call them those when they’re not plastic?). It’s upside down…or it opens from the wrong way…I can’t decide. It’s stressing me…and I’m left handed, even.

Rating: 5 Stars
Comment: Hi love… this is Aunty Biskit…x I love you..had to show your stuff to my MANIMAL…x charlie..x You wll love him… you are so lovely… I am so very proud of you…x vivie
name: viv on Sunday, June 18, 2006