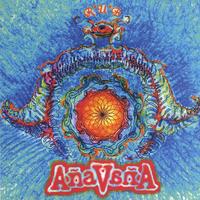 This record is very trippy. I’ve never taken acid, but I bet this music would go well with it. Not that I’m condoning drug use, mind you!

It’s mostly instrumental which is cool, but I remember really liking Anastasia Victory’s voice on their previous release, the self-titled “AnaVana” so I kind of miss hearing it. There are some echoey vocals but they’re quite faint. Still, a lovely sound.

It’s hard to pull out favorite tracks because they seem to sort of melt into one another, so I’ll just say the whole thing is very pleasing chill out, headphone, or background music.

← Album Review: I Know This by Anne Heaton
Want some free (good) music? →