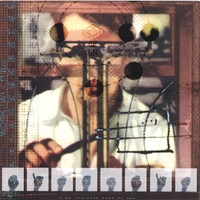 The opener “Edward Teach” has a suitably dramatic lyric about piracy and a great melody.

The band have a strong singer in Gina Gonzalez.

The music is a mix of progressive rock, folk and contemporary pop.

“Time to Decide” sounds like Eurythmics did in their prime, a sound I had forgotten I liked so much.

This is a very accomplished debut that sounds wonderful.

Track Listing
Listen to track samples
1. Edward Teach
2. Heart Of Stone
3. The Prey Of Nantahala Lake
4. Voices
5. Heart Beating
6. Hit Me Like A Train
7. Be That As It May
8. Love The Same
9. Time To Decide
10. Wipe The Pages Clear