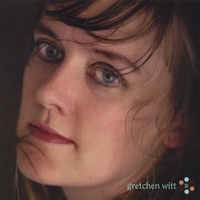 I reviewed Gretchen Witt’s previous release Demo and I liked it, wishing it were longer. We we get some more songs, though still not a full length release. It’s OK, I understand that it’s costly to put out records especially when you’re paying for it all yourself. I’m just glad I get to hear more from her.

That strong charming voice is back and even more strong and charming. “Sunday Night” especially shows off her voice, as it starts off acapella. There’s a little lilt to her voice that I don’t remember hearing before.

Witt has got a knack for writing interesting story songs. The melodies are pleasing and catchy and the lyrics are heartfelt. There’s a more Americana feel to this release than her previous one.

“Buried Alive” has some hauntingly beautiful piano and her voice sounds fantastic on this one. This is probably my favorite on thisEP. But actually the more I listen, the more I like all these songs very much. I hope she gets the recognition she deserves.

This is a nice record and those fans of folky alt pop will appreciate it. Next stop, I’ve got to see her live.

← Album Review: The Way it Feels by Roxanne Potvin
Album Review: Only Death Can Save Us by The Master Chaynjis →