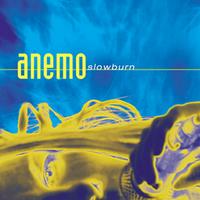 Anemo is one part goth (think Evanescence), one part rock, and a dash of, dare I say it, dance, even! But don’t think Donna Summer disco, that’s not what I mean. It’s the drums that makes me imagine some of these songs in a dance club. But really it is mostly dark rock…and very well done dark rock.

Lead singer Hazelle Woodhurst has a gorgeous voice that growls as well as it soars over the driving drumbeats and interesting melodies.

But don’t be distracted by the flashy music, the lyrics are really well written. Sometimes it’s hard to concentrate on the lyrics because there’s a lot of other stuff going on, but try. It’s worth it. Luckily the band has included the lyrics in the liner notes.

I like how Anemo is able to cover the whole range of emotion in the songs. They go from quiet almost ballad-like to screaming, driving hard rocking power.

This is a great CD for fans of the darker side of rock.

Stand out songs: “Johnny 5” and “Made of Fiction”

Track Listing
Listen to track samples
1. Fallout Renegade
2. Johnny 5
3. Who Will You Really Become
4. Slowburn
5. Same Day Chore
6. Learn to Love Yourself
7. Made of Fiction
8. Standing in the Wrong Place
9. Stronger Stuff
10. I Was Taken In
11. Tell Me Why
12. Kursk