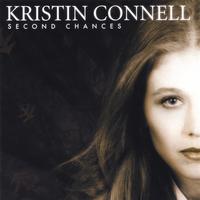 Upon first listen all I could think of was Mindy Smith. Her voice sounds very similar to Ms. Smith’s to me. Further into the record her vocals sounded a bit girlier than Smith though.

“Second Chances” is a pretty strong track, probably why the CD is thusly named. I can see it being played on the radio.

“A Fool Like Me” is nice also. The melody goes pretty much where you expect it to go and actually sounds to me like it would be a good theme song for a film.

Connell’s songs are pretty straightforward AAA Contemporary style. There is nothing wrong with that, it’s just that there are so many people (women especially) doing that right now that you have to have something that makes you stand out from the crowd and I’m afraid I don’t really see that in this record. It’s nice…the songs are well written; the voice is nice if you don’t mind sweet voices (I like them, but I know some don’t.)

So there’s nothing wrong or unlikable about this recording, it’s just not out of the norm. I like music that makes me think, surprises me. “Second Chances” is pleasant, but not really “different” enough for my personal tastes.