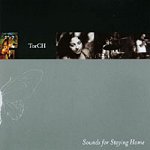 The gifted singer Seela has released several solo records. She also sings with the jazz combo TorCH. Their repertoire is standards, but it’s nicely done and Seela’s honeyed vocals are a treat to hear.

“Exactly like You” is a swinging little number that makes Seela’s singing sound terrific. Mike Porter plays the bass expertly.

“I Got it Bad(and that ain’t good)” is a little bluesy and brings the great Billie Holiday to mind.

“They Can’t Take That Away Form Me” is pretty much like many others have played it but there’s an extra charm to this version.

Billie Holiday made “Loverman” famous so her version is the definite one but TorCH Makes a great try.

We also get “The Nearness of You” which rivals the version that Norah Jones recorded for “Come away with Me”. Seela’s voice is as good as Jones’ is and fans of that singer will love this.

“Sounds for Staying Home” should make you feel like doing that but only for as long as this record is playing. It’s over far too quickly and that’s my only complaint.

Track Listing
Listen to track samples
1. Bye Bye Blackbird
2. We’ll Be Together Again
3. Exactly Like You
4. I Got it Bad (and That Ain’t Good)
5. They Can’t Take That Away From Me
6. Dindi
7. Honeysuckle Rose
8. Loverman
9. Four
10. The Nearness of You