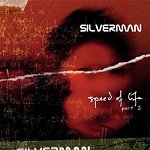 I first came across Silverman on a sampler CD given out by another band at a show. The CD featured 12 different artists, all good in their own right, but the one band that stood out was Silverman. After finding out more about the band it seems they’ve just released their debut album on the Uglyman label, and like a rabbid fan I picked up a special advanced copy that the band had made available online. The main draw of the band for me has been their front-woman, Anna Dennis. Her voice reminds me very much of an earily Tori Amos, being able to both sing amazingly well whilst still writing touching and meaningful lyrics.

“ctrl alt del” has been my long time favorite track from Silverman, it was in fact the first track of theirs I heard and led me onwards to find out more. I always thought this would make the perfect end track to an album, and so I was curious as to how this would work as the album intro. I’m happy to say that it works as well at making me want to hear more as it did the first time I heard it. This is the only song on the album where Anna Dennis’ vocals aren’t the main vocal focus, as she’s joined by co-writer/drummer Martin Williams. The mix is fantastic and the vocal balance between the two voices is both Gainsburg and Cave at the same time.

“Secret Baby” is a multi-layered track, rich in reverb and clean production, the muted drum track is almost hypnotic in places and the overlay of what sounds like a radio being tuned in adds an extra dimension to the track. Anna shows off her vocal talent by hitting some impressive high notes while retaining the softness to her voice. Possibly my favorite part of the track is the backwards sounding keyboard at the end.

“Don’t Leave This World Without Me” starts off with an acoustic guitar and light percussion, soon to be joined by an intoxicating bass rumble. I’m not sure if it’s a *very* treated bass or keyboards, but it almost reminds me of that old Josh Wink track. But in a good way. Anna’s sultry vocals sore throughout, and the keyboard work adds an amazing effect on the choruses, allowing you to pick out something different on each listen.

“Eleven Eleven”, has quickly grown to one of my top three tracks on the album. The stripped down guitar and vocals, and drum track help to draw out the feeling of the song and the lyrics, rather than drowning it, as some other bands may inevitably do. Actually Martin William’s drum track on this is possibly my favourite drumming of all time. And lyrically, this is now possibly my favorite track on the album simply because of it’s honesty. The ending is guarenteed to leave a chill running up your spin. At just over 4 minutes it still seems too long and leaves me wanting more… but isn’t that the sign of something truly great?

“Can I Have My Heart Back Please?” starts with Anna’s vocals being accompanied by a drum machine before a snarling, bass heavy guitar cuts in. On my first few listens I thought the guitar cut in too soon, but when considering how it works against the clean toned picked guitar sound of the verse it all makes perfect sense. The bass is heavy on this track and really pushes it forward. The electric guitar comes in at various points during the track, growling but controlled, creating a superb effect when contrasted with the clean tone guitar over the top. Now I’ve never personally had an icepick ripped through my heart, but I imagine the shock would be something like the ending vocals of this track.

“Be Beautiful” struck me as being a bit poppy at first and didn’t seem to fit quite right with the rest of the album. Not poppy as in S Club 7 I should add, just, just… ah I don’t know. Maybe there’s something in the lines “… and baby be beautiful.” added to the multi vocal parts that follow that sound almost “un-Silverman”. However any tiny doubts about the track are erased the second the last chorus ends and Anna performs what could almost be a Gregorian chant.

In this time we gain a glimpse of what it is that makes Silverman such a joy to listen to. By this I don’t just mean Anna’s voice, but the ability to take something simple and add their own spark to it. To see this further, just look at the guitar chords used on most tracks, mainly ranging from Am to G to F. Chords that even I myself have played several times over, but I’ve never made them sound as magnificent as Silverman manage to make them, be it by adding layer upon layer on them, or by stripping them to their very bones. And that’s a very rare ability these days, and it’s what, I believe, will set Silverman above the rest. It can’t be described, it s can’t even really be copied. It’s just Silverman, and it can never be taken away from them.

“Nothing I Do, Nothing I Say” is the final track on the album. I’ve been listening to each track in turn while writing this, and I’m now on my third listen of this track. Despite it being a whopping 7min 23sec long, it can wash over you completely. It’s possibly the best example of the magic that is Silverman. There are many bands I like, many I respect and can listen to time and time again, but there are very few that I would hold in such high respect as Silverman.

Even Tori Amos, a great song writer and wordsmith doesn’t hold my attention as much as this band can. The lyrics to the song give us a possible glimpse into Anna’s life, the beautiful (and there is NO better word for it) vocal track with the accoustic guitar is divine. I’m now on my 4th listen in a row because I keep getting caught up in it.

The subtle strings just add to the ambiance of the piece. When Anna hits the note on the word “falling” time seems to stand still as the reverb on her voice washes over you. There are points in life, moments in time that you wish would last for ever, that kiss, that moment of achievement, getting that medal, that round of applause, making that person smile, things that you hold dear to you and will look back on in your twilight years, this for me, I’m sure, will be one of them as this track somehow manages to sum all of those feelings up deliver them to you. The haunting melodeon from keyboard player Alan Deacon just adds to the sense of grandeur. Closing the track, and indeed the album with a muted drum beat I find it leaves me both contemplating what has just gone and wanting so much more….perfect. And I can’t find a word that could fit the album more.

With the album comes the added bonus of CD-ROM goodies, including being able to hear “Love Me Too”, 2 videos (“Time Is a Blade”, “Taken With You”), the screensaver, the MP3 Player skin and a link to the album Microsite which features an interview, more videos and competitions to win some Silverman goodies. All this is presented gorgeously and very easy to navigate through.

There is a worry at the back of my mind that maybe Silverman have done too much on this album, as it leaves me wondering how they (or anyone for that matter) will produce something to top it. This thought is easied slightly by the fact that this is only their first album and they will no doubt grow beyond these heights with time. There are bright times ahead, and I have a strange feeling that this isn’t even the beginning….

Track Listing
1. ctrl alt del
2. secret baby
3. don’t leave this world without me
4. eleven eleven
5. can i have my heart back please?
6. be beautiful
7. nothing i do, nothing i say