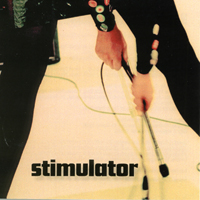 Opener “78 Stimulator” sets the trend of irrepressible melodies and joyful pop. There’s real commercial appeal in this band but they have attitude.

“Let’s hook up” sounds like a modern Blondie recording a spy film theme. The chorus is infectious and the tune pretty.

“New Vampire” is an aggressive yet melodic song.

The cover of Olivia Newton John’s “Magic” lives up to its title and is mercifully not ironic. It was included in the film “Ella Enchanted” which hopefully made a lot of people notice the band.

“On top of the world” is atmospheric and grand, again like a film theme. It’s a refreshing and fun debut this,