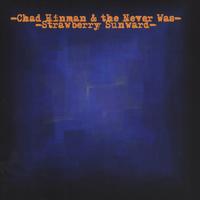 I first became aware of Chad Hinman when I booked a living room show for an artist named Cat Kinsey. He is a friend of hers and she brought him along on her tour so he came to the house concert as well. He also played a short set before Cat came on and he floored us. Talk about two-for-the-price-of-one, it was great.

Chad’s voice at times recalls Mason Jennings, sometimes Jay Farrar (Son Volt) and since I’ve been listening to Ben Arthur a lot lately (and have him on the brain) I’m even reminded of him on some songs. It’s smooth, homey and makes you feel like you’re melting into his words. Very nice, indeed.

The songs are very well written with interesting lyrics and nice melodies, which are catchy but far from ordinary.

If you’re a fan of the alt.country/folk genre, you owe it to yourself to check him out. This album fits in nicely among your Sun Volt, Wilco, Ryan Adams CDs.

Stand out songs: A Certain Light, Maybe Someday, & The Garden. But really they’re all good, these are ones that just popped out to me.

Track Listing
Listen to track samples
1. The Garden
2. This Ain’t a Funeral
3. Safe to Believe
4. California
5. Promised Land
6. Maybe Someday
7. A Certain Light
8. Drinking of the Water
9. Sooner or Later
10. Sideways
11. The Sky is Fixin’ to Fall
12. Univibe & The Flyrights

[Chad Hinman and the Never Was Official Site]