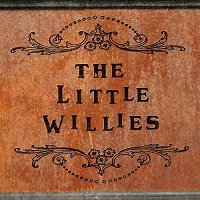 OK first of all the title? I mean come on, that’s funny!

The first I heard of this was when someone sent me an email with sound samples and asked if I wanted to review this new release. When they told me whom the vocalist was I almost fell down.

I’d love to keep it a secret from you and see if you can guess it, but you might know already. You might also guess it, but I sent the music clip to some friends and family members and they were stumped. She has a distinct voice, I just think that you wouldn’t expect sweet little Norah Jones (yep, it’s her) to sing songs like this.

From the first time I heard her voice I loved it. There’s just something so peaceful and beautiful about the way she sings that I can’t get enough. But here you’re going to hear something really different.

These songs are honky-tonk, they’re country, they’re bluegrass, whatever. They’re fun. Norah is as captivating as ever and the songs are played expertly. This is a great record, even if you don’t like the genres mentioned. I am not really what one would consider a fan normally, but I love this.

← Album Review: Waiting for My Conviction by Leslie Clemmons
Album Review: Lost in Pennsylvania by The Hickories →