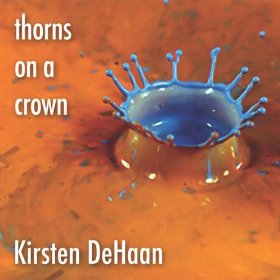 Well, I generally steer clear of hard rock records as I am not very well versed in them and am bound to say something really stupid and get my butt chewed out. But I’ve reviewed Kirsten before and while it’s generally a harder style than I’m used to, I like it. Also this release is more pop than her previous one.

She has a great rock voice and she and the rest of her band are a group of talented musicians. They sound great together.

I heard the single 1984 awhile back when she was offering it free and I liked it immediately. I’ll admit it’s still my favorite track on the record.

But I also enjoy Double or Nothing and Miss Daisy, but really the whole EP is pretty good.