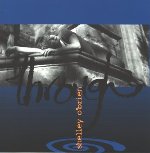 Shelley O’Brien or Shellest (Russian for “sound of rustling leaves”) as she is also known, has put together a very nice debut recording.

Shellest’s voice is clear and strong, but can also sound very light and pretty when the song requires it. The music is along the lines of folksy pop. She makes nice use of piano, percussion and string arrangements to create an emotional sound.

The second track, “Precarious” reminds me of a less scary Jill Tracy (http://www.collectedsounds.com/spotlight/jilltracy.html). It is dark and dissonant but beautiful nonetheless.

“In the Dark” is a very soothing tune with lovely background vocals.

The piano intro on “Hannah” is ear catching and the rest of the song really shows off her voice.

This is a very promising debut album. I’d like to hear more from her.