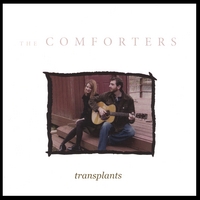 I really don’t know why it’s taken me so long to write about this record. I got it in the middle of November and here we sit in January and I’m just putting it down. I really like this album and in fact, like it more with each listen. But this is an example of one that is just hard to write about. For me.

It is kind of twangy, western, down homey style music. Lead singer Pia Robbins has a lovely voice that suits the music nicely. It’s very…well, comforting! Apt, given the band name, no?

For a few weeks I had this album in the shuffle with a bunch of others I was reviewing and whenever “The Call” came on, I stopped to see who it was. So I guess that’s a good indication of a stand out song!

“Driving Off The Edge Of The World” is another one that really hits home with me. So cool and slightly dirgy.

This is a really good record for just relaxing and paying attention to the music.