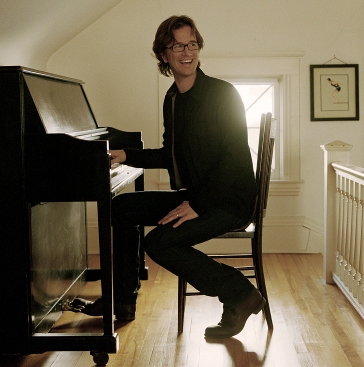 Now working as a solo artist and collaborating with a collective of notable musicians from his home city of Minneapolis, Wilson earned a Song of the Year GrammyÂ® in February for his co-writing work on the Dixie Chickâ€™s â€œNot Ready To Make Niceâ€? from the album Taking the Long Way. He also contributed writing to six songs on the album, which won the Dixie Chicks a total of five GrammyÂ® Awards including Album Of The Year and Country Album Of The Year. Wilson has also collaborated with such acclaimed artists as Mike Doughty, Rachael Yamagata, Jewel, Jason Mraz and others.

Wilsonâ€™s first solo effort, Free Life began as a self-produced project in the Twin Cities and was finished in Los Angeles by Wilson and Rubin, who enthusiastically agreed to help complete the record, saying of Wilson, â€œDanâ€™s music touches my soul. He is/has the perfect combination of inspiration and songcraft. He is a timeless artist whose music will feel as good in 50 years as it does today.â€?

Wilson wrote the songs that would become Free Life while living in a house built in 1903, infusing the tracks with the spirit of their surroundings. Inspired by sheet music Wilson purchased at antique stores and a Neil Young biography emphasizing his insistence on live recording, the more open and unpredictable Free Life expands upon the more structured arrangements of Wilsonâ€™s previous work.

Following his tenure with Trip Shakespeare, Wilson rose to prominence as a founding member of the Minneapolis-based trio Semisonic. The band released its full-length debut Great Divide in 1996 and was launched to stardom with its second album, 1998â€™s Feeling Strangely Fine. The record produced the hit single â€œClosing Time,â€? which reached number one on Modern Rock charts, and number nine on the Billboard Top 40 charts.