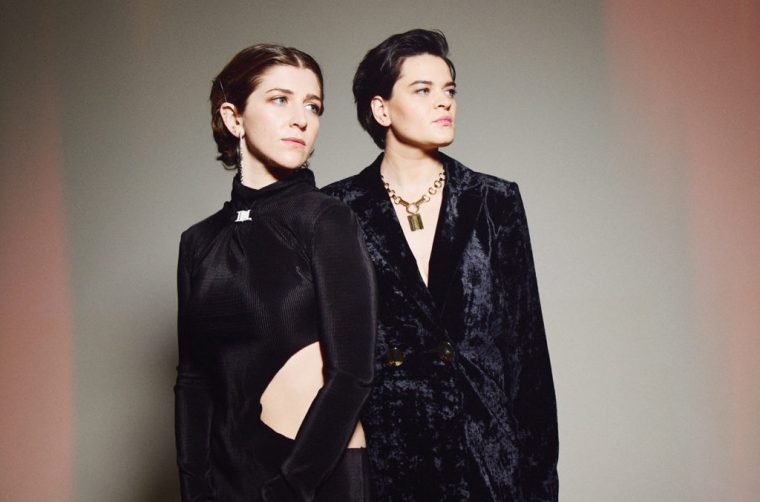 Overcoats is a New York-based electronic-pop duo consisting of singer-songwriters Hana Elion and JJ Mitchell. They met on their first day of freshman year at Wesleyan University where they sat next to each other in an ‘Intro to Anthropology’ class. Their debut album, YOUNG, was released in 2017. Their latest album, The Fight came out in March of 2020.

When asked to describe their music the answer is: “It’s like Radiohead, but cool.”
I don’t know if Radiohead is what I think of when I hear them, but what I do hear are beautiful voices harmonizing wonderfully together. Think First Aid Kit without the country twang, maybe a titch of HAIM thrown in. The first song I heard of theirs was Leave the Light On and it remains one of my favorites.

When asked what is their favorite city to play in, they say: “We love all the cities equally. (Minneapolis)”. I hope someday to see them play here if the world ever opens up and it’s safe to go downtown again.

Here’s a cool article about them from American Songwriter magazine

Support them on Patreon