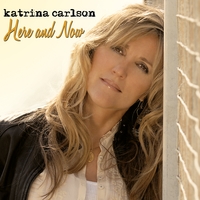 Is it me, or does Katrina Carlson look like a young Jane Fonda on the cover? A quick glance at her site tells me it’s just that photo, but I can’t help thinking that each time I look at it.

This record is what I call “polished pop”. It has a very mainstream, major label sound yet it is an indie release. Which means that she has a really solid production team.

Carlson has a really strong pop voice. I can’t say it’s all that unique, but it is a good match for this music.

One interesting note: She does a cover of Howard Jones’ classic, No One is to Blame and Jones himself sings back up. It’s a really nice version of a great old song.

It’s a little too mainstreamy to be something I personally would choose to listen too often, but she’s good.

1 comment for “Album Review: Here and Now by Katrina Carlson”