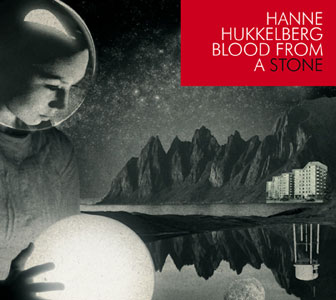 HANNE HUKKELBERG: BLOOD FROM A STONE
I just heard (via the fantabulous Paste Magazine) that Hanne Hukkelberg has a new album out. I got her preivous recording, Little Things, on Emusic once on a whim and I love it. It’s quirky and weird and wonderful. I have only heard a few bits of this but it’s lovely.

Inevitably the elfin shadow of Björk is something that most female Scandinavian vocalists are forced to grapple with. On her last album, Hanne Hukkelberg attacked the issue head on with a Pixies cover and a moodier tone laced with found sounds and got a Norwegian Grammy and international acclaim for her efforts. Here, Hukkelberg’s impish charm is more contained, even if her ear for texture remains characteristically elegant. The album’s title track (and clear standout) shows a jazzier edge, though, and the limber vocals have a swing that points away from the icy angularity of many of her regional contemporaries. For all its synths and studio treatment, the music on Blood From A Stone feels warm, lived in and the slightest bit coy. While it lacks the propulsive edge of, say, the Knife , Hukkelberg’s work has a definite orchestral sense, the hallmark of someone who has listened to her share of Cocteau Twins , which is never a bad thing.