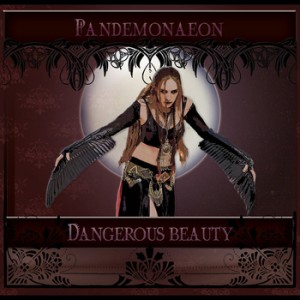 After three years of work, Sharon Knight and Pandemonaeon are releasing their third Album “Dangerous Beauty”.
I reviewed Sharon Knight back in 2005. The album was [Song of the Sea] and it was lovely. It sounds like this one is a little more rock oriented. But still with some celtic feel.