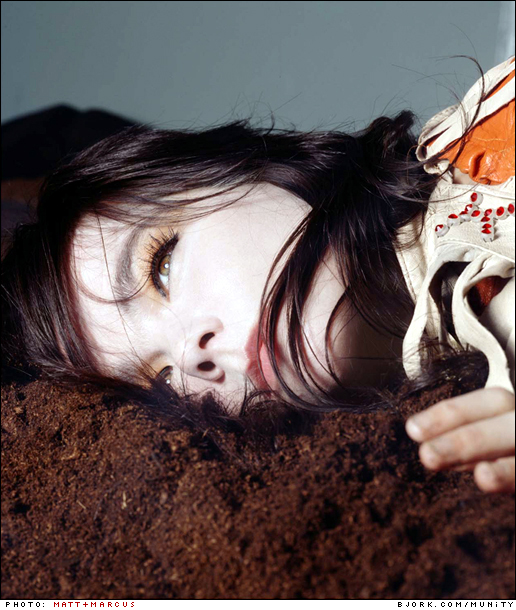 Björk was born on November 21, 1965. At age 5 she attended the music school Barnamúsíkskóli Reykjavíkur where she spent the next ten years studying voice, flute and piano.

She released her first album in 1977 at the age of 12.
It was a mix of American covers translated into Icelandic and even included some that she wrote herself.

She gave birth to her son, Sindri in 1985 and soon after got her first acting role in a film called “The Juniper Tree”.
She joined a few bands and created a few of her own then came the Sugar Cubes and the rest is history!

The Sugar Cubes first album was released in 1988.
She moved to London in 1993 and recorded her first CD, Debut.

Her music is a combination of Techno, rock and pop with some amazing vocals. I can’t even begin to describe her voice but she is wonderfully talented.