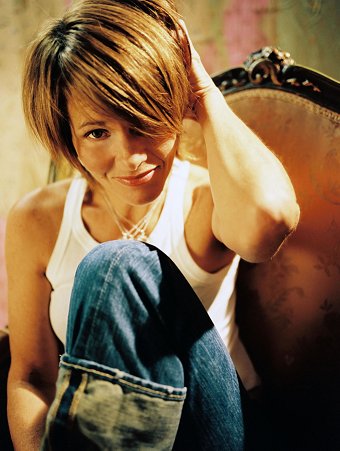 Shawn Colvin was born in Vermillion, South Dakota, on January 10, 1958. Her family (mother, father and 3 siblings) moved around a lot but settled in Carbondale, Illinois. At age ten, Shawn picked up her brother’s four-string tenor guitar and taught herself to play. At thirteen she got her own guitar.

After Shawn graduated from high school, she attended Southern Illinois University in Carbondale. It was there that she formed The Shawn Colvin Band, a hard-rock group.

Eventually, she gave up on both college and the band, and moved to Austin, Texas, where she joined the Dixie Diesels, a Western swing combo.

She then moved to New York where she met songwriter-guitarist John Leventhal, who would become her writing partner, producer, and sometime love interest.

Shawn Colvin’s music caught the attention of Suzanne Vega, who asked her to sing backup on Suzanne’s hit single, “Luka.”

In 1989 she released Steady On, which won a Grammy for Best Contemporary Folk Recording.

She’s been releaseing Grammy-worthy records consistently since then.