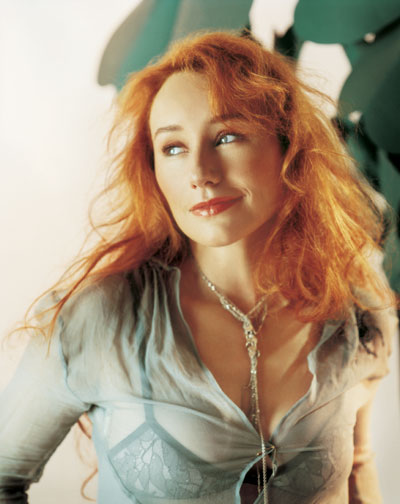 Born Myra Ellen Amos in Newton, North Carolina, August 22, 1963. Her family moved to Maryland when she was a year old.

She began playing piano at age 3 and at age 6 was the youngest student ever to attend the Peabody Conservatory in Baltimore where she was later kicked out for being too radical.
She was voted Homecoming Queen at her high school in 1981.

When she was 12 she moved to Los Angeles and formed a punk band called Y Kant Tori Read. The album didn’t do so well so she moved to London and began working on her first recording, “Little Earthquakes”. The rest, as they say, is history.