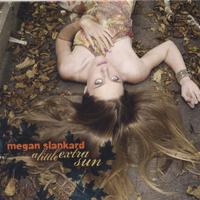 I reviewed Megan’s release, “Freaky Little Story” some time ago. I loved it at the time, but then found myself listening to it over and over even after the review was done. That doesn’t happen very often. I have so many to go through I rarely get to keep replaying something after its review is up. But that one I did.

So luckily I also “had” to review this one!

These are 5 new songs that were not on the previous release so that’s always nice. And they’re five great songs at that.

“My Hallelujah” is almost anthem-y. It’s really hard not to sing along.

“Sails” is her AAA song. It’s got a nice beat that makes you want to move. Very radio friendly.

“Planets” also has a get-off-your-butt rhythm along with a great melody line and a touch of a country twang.

“You Love Like’ is a beautiful ballad. It shows her voice nicely. There are some pretty backing vocals (which I think are also her). If you’ve heard her before, I don’t have to tell you how great Megan’s voice is.

“Riley” is a fun rock song and a great way to end this precious little EP.

I think it will not be long before a lot more people know who Megan Slankard is.