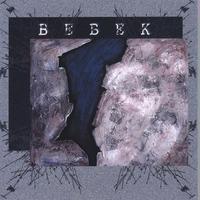 This is the debut album from Philadelphia’s Bebek. The band, whose name means “baby” in Turkish, is made up of Nero Catalano (guitar, bouzouki), Jameison Ledonio (bass), Lynn Michalopoulos (vocals) Nick Michalopoulos (keys), Aaron Roussakis (drums).

The cover art is lovely. It “describes” the music well, which I would say is a mix of Trip hop, jazz, world and electronica.

Lynn Michalopoulos’ vocals are bordering on operatic or theatrical and she is very professional sounding.

There are some spots in a few songs in which the vocals go to a place that almost sounds off key for a moment. It’s a little uncomfortable and then it passes. I can only assume the notes hit are intentional because it’s clear that she is a skilled vocalist.

The production is very professional. This sounds great not only in an office in low volume but with headphones as well, where you’ll hear all the subtle nuances.

The closest comparison I can make is to bands like KinZaZa, Portishead, Trespasser’s William (though edgier than them). But honestly, Bebek is quite unique. In a nice way.