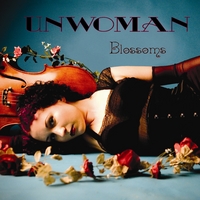 Erica Mulkey singer and cellist is Unwoman. She took the name after a novel by Margaret Atwood.

Her new album features her own and poet Edna St.Vincent Millay’s words and is divided into two halves.

On the first she tells strange tales ever so sweetly and ever so evocatively with a murderous glint in her eye. “The Little Mermaid” gives us an angry mermaid who has given up her voice to be human and be with her prince. It’s just like the fairytale but with a new twist. It’s set to an achingly gorgeous tune.

“The Next Flower” is another lovely tune and Mulkey sings like an angel.

The second half of the album is just Mulkey and her cello and the poet’s words. She does them justice and her melodies suit the poem’s rhythm.

Unwoman’s album is a fabulous work, and she’s a true artist.