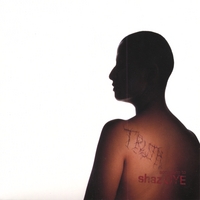 Shaz Oye has one hell of a voice. It’s strong, gutsy and true to life. Her debut album is a marvelous listen.

“Easy Off the Trigger” is an anti-violence song that shivers with truth.

“Sylvia Falling” criticizes the fashion industry; it’s a stark lament in a shivery voice that somehow becomes the female version of Antony.

“Dance with Me” is more lighthearted fun that recalls Joan Armatrading to these ears.

“Do Not Stand At My Grave And Weep” is Oye’s Version of a widely spread deeply moving poem of grief. She has an alternate version for download at her site. This latin-tinged version bites deep. Oye’s majestic vocal is at home with the lovely words.

“Through a Glass Darkly” deals unflinchingly with depression.

Oyes’s version of the truth is compelling and she’s a major new talent.

Track Listing
Listen to track samples
1. Blood on the Bone
2. Easy Off the Trigger
3. Sylvia Falling
4. Dance with Me
5. The River Wild
6. Love Theme from Eyes of Laura Mars (Prisoner)
7. Do Not Stand at my Grave and Weep
8. Through a Glass Darkly
9. Jericho Mile
10. Truth