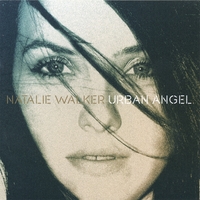 Natalie Walker is the vocalist and songwriter of the band Daughter Darling. While I was not previously familiar with the band, they have been reviewed here by Anna Maria.

Walker has a great vocal style that is sort of whispery sort of dreamy. It’s kind of sweeping and has that same feel, sort of transcendent.

She reminds me a little of Sarah Blasko. Her voice is similar, and the music is also. But Walker’s is maybe a little more accessible to the general public.

I really love this record and I can’t wait to hear more from her.

Posted on October 25, 2007
Note: I didn’t realize unitl I went to post this, that Anna Maria also reviewed this record last year! I guess it came out in Europe first!

Natalie Walker once fronted Daughter Darling, but this is her solo debut. She sounds not unlike Dido on these soft but focused songs.

“Rest Easy” is aptly relaxed and surrounds the listener with bubbling sounds.

“Faith” harks back to Daughter Darling’s trip-hop sound and does so beautifully.

“Circles” is a cool, jazzy little song. Walker solo is a different proposition from her last band, but it’s still quality music.

Her talent shines trough on all these songs.