An Interview with Anne Deming by Collected Sounds 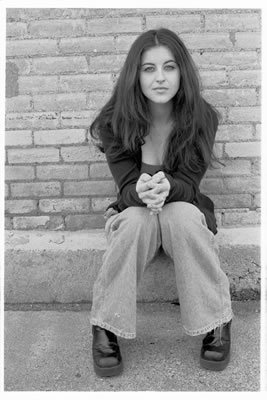 Where are you based?
Minneapolis, MN

Where did you grow up?
Green Bay, WI and Chicago, IL

Tell us a little about how you got interested in music and when you started writing/playing.
I couldn’t sing or play any instrument until my freshman year in high school. I sang along with the radio for hours on end and strengthened my voice.

I became interested in playing the guitar from listening to my father play all the time while growing up. A friend of mine taught me a few chords…but I couldn’t stretch my fingers to play the chords if my life depended on it. I put the guitar down and then tried again about a month later with great success.

I’ve been singing, playing and writing music ever since.

Describe your first performance (time, place and any feelings that went with it).
I think it would have to be the talent show my sophmore year at NDA…I had been in plays for years and even a musical or two, but this was my first time, singing and playing in front of an audience.

How would you describe your style of music and who are your musical influences?
I’m really bad at stuff like this…uhm, I guess my music is folk/rock/blues. The problem in my defining music stems from the vast range of styles in my CD collection. I love Beethoven, Grace Slick, Tori Amos and Melissa Etheridge as well as Little Kim, DMX and Massive Attack. Vocally I would say Sinead O’Connor has been the biggest influence, but in college I got hooked on Nina Simone and Ani Difranco. I love it all.