An Interview with Charlotte Martin by Collected Sounds 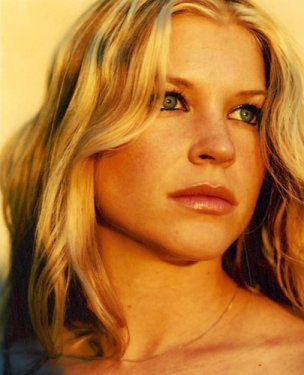 Where are you based?
I migrate between Los Angeles and outer-space. I really want to live in England at some point…and then Vienna Austria…one of my all-time favorite cities.

Where did you grow up?
Charleston, Illinois…i want to retire there some day. I love the big skies in the Mid-West.

Tell us a little about how you got interested in music and when you started writing/playing.
I’ve been singing and playing piano since I was aware of what music was. Both my parents are musicians. My dad is an oboe professor and my mom has a degree in vocal performance. I formally started studying classical piano and voice when I was 7 with my mom’s best friend…who at the time was working on her Master’s degree in Opera. I earned my degree in Opera as well, but in school, I had a very close girlfriend of mine commit suicide, and I wrote my very first song for her funeral. The floodgates opened and I couldn’t shut the faucet of creativity off. It’s horrible that my friend’s death inspired my first songs…but writing helped me through that difficult time and helped me say goodbye to her. I’ve been writing ever since about everything that moves, fascinates, hurts, grips, and illuminates me.

How would you describe your style of music and who are your musical influences?
I would describe my songs as extremely vulnerable and honest and exposed. I think it’s heavily influenced by classical music because that’s the world I came from before I started composing. Some of my favorite artists/bands and musicians are The Cure, Peter Gabriel, Kate Bush, Laura Nyro, Tori Amos, Nick Drake, Failure, NIN, My Bloody Valentine, Joy Division, Cocteau Twins..to name a few.

1. What is the best feeling in the world?
There are so many…falling in love with something/someone, laughing through tears, finishing a song, kissing, breaking things, performing.
2. What is the worst feeling in the world?
Falling in love with something/someone, not finishing a song, losing someone you love, watching a human being hurt another human being, being made fun of, spit on, laughed at, rejected, or blown off.
3. What is your favorite beverage?
Diet coke mixed with Dr pepper, wine!
4. What is your favorite word or phrase?
Sometimes I can’t feel my left leg, but it’s not your problem.
5. What is your greatest accomplishment (so far)?
Living each day, one day at a time, one song a time, on love at a time, one glass of wine at a time.